I have been revamping the TJ Social Studies site today. A few new resources and I have reorganized the exiting resources…..

Comments Off on TJ Social Studies

Posted by talibiddeenjr on September 5, 2011 in 1. TJ Alerts/News, Social Studies 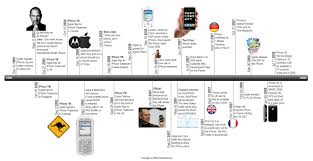 Timelines are a staple of history studies, aren’t they? We’re starting up our social studies notebooks and so I rounded up resources to help us include timelines in them.

Over at TJ Social Studies, you can find the following timeline resources:

So, stop on by TJ Social Studies Timeline Resources for helpful resources to include timelines in your studies!

Comments Off on Timelines!–Social Studies Thursdays

Posted by talibiddeenjr on December 9, 2010 in Social Studies

Locusts getting paid back? Maybe in Yemen……………

Over the summer, we witnessed a phenomenon between humans and locusts that was shocking to us as Americans, but is actually mentioned in the Tafsir of the Quraan, much to my surprise. I’ll mention it in a bit, insha Allah, but in the tradition of a home schooler, pulling “school” out of life, we did a little research on locusts…….

“The locust is a common name for a number of species of grasshopper that swarm and are major pests of agriculture and grazing lands throughout the world. Most species are dark brown and less than 2.5 cm (1 in) in length.” (Microsoft Encarta)—(The ones we saw here in Yemen were larger than the size of an adult’s middle finger).

“An adult locust can consume its own weight (about 2 grams) in fresh food per day. For every million locusts, one ton of food is eaten.” (Wikipedia) (We made the comparison of what it would be like to eat our own weight in food to see how amazing this was).

“Locust can breed rapidly under suitable conditions and subsequently become gregarious (tending to form a group with others of the same species) and migratory (move seasonally). They form bands as nymphs (A larva of an insect with incomplete metamorphosis) and swarms as adults – both of which can travel great distances, rapidly stripping fields and greatly damaging crops.” (Wikipedia)

“Locusts are highly mobile, and usually fly with the wind at a speed of about 15-20 km/h. Swarms can travel about 5-130 km or more in a day. Locust swarms can vary from less than one square kilometre to several hundred square kilometres with 40 to 80 million locust per square kilometre.” Wikipedia)

“A swarm of locusts is an unstoppable moving cloud of flying grasshoppers that may number in the millions. Their wings make a clattering sound as they travel.” (Microsoft Encarta)

“Locusts travel in huge numbers capable of destroying entire fields of cultivated plants and any nearby vegetation. Approaching swarms create an ominous hum and sometimes are large enough to block out sunlight.” (Microsoft Encarta)

Locust are very harmful insects in today’s world and mention of them is also found in history:

“Allah tells us that He sent Musa with nine clear signs, which provided definitive proof that his prophethood was real and that what he was conveying from the One Who had sent him to Fira`wn was true. These clear signs were: his staff, his hand, the years of famine, the sea, the flood, the locusts, the lice, the frogs and the blood.” (Tafsir Ibn Kathir)

(When Allah healed Ayyub, He sent upon him a shower of golden locusts, and he started to pick them up and gather them in his garment. It was said to him, “O Ayyub, have you not had enough” He said, “O Lord, who can ever have enough of Your mercy) (and We restored his family to him (that he had lost) and the like thereof along with them) (Tafsir Ibn Kathir)

Now what is this phenomenon or interaction between humans and locusts that I alluded to earlier?

Around the beginning of August or so, probably millions of locusts made their way through Yemen, but that was the end of the line at the hands of humans for many. How? They were eaten! When I first heard of this, I was shocked. I know that many people around the world do eat insects, but well, I was still shocked. A young Yemeni boy, our former neighbor, pulled off his antennae, wings, and legs and begin munching on him. He told my son that they are sometimes roasted and eaten and told him that it tasted like…………what else? Chicken.

We passed by an empty field one day and there were several people hunting for locusts. During that time, we would see locusts in the air and locusts dead on the ground. I never saw a swarm, but I have never seen that many of them before—they were everywhere! You could look down on the ground during a walk home from the store and see a myriad of them. My son even told me he saw some being sold in a store and that he’s seen people picking dead ones off of car windshields and eating them on the spot.

Ok, so I was personally grossed out, but as I said earlier, the mentioning of eating locusts can be found in the tafsir of the Quraan.

From the tafsir of Surah Araf (Tafsir Ibn Kathir):

“As for the locust, it is the well-known insect, which is permissible to eat. It is recorded in the Two Sahihs, that Abu Ya`fur said that he asked `Abdullah bin Abi Awfa about locusts. He said, “We participated in seven battles with the Messenger of Allah, and we used to eat locusts.” Ash-Shafi`i, Ahmad bin Hanbal and Ibn Majah recorded from `Abdur-Rahman bin Zayd bin Aslam that his father narrated from Ibn `Umar that the Prophet said,

“We were allowed two dead animals and two kinds of﴾blood: fish and locust, and kidney and spleen”.

So……………Although, I don’t plan on snacking on the little creature which some find tasty, I am glad that we had the opportunity to bring a little science and Islamic Studies (and Arabic, see below) into our homeschooling from a real life experience.

Posted by talibiddeenjr on October 11, 2007 in Science, Social Studies